Many people are unaware of National French Bread Day on March 21st, but the majority of the population won’t hesitate a moment to say Oui! for a chance to savor the crusty-on-the-outside, airy-on-the-inside French staple.

The History Behind French Bread

Also known as a baguette, French bread is a long thin loaf that is made from basic lean dough. It is famous for its length and crispy crust. The French have been making long sticks of bread since the 18th century, but the baguette didn’t become a French culinary icon until the 20th century. A new law that passed in 1920 banned bakers from starting their day before 4 am. Out of necessity, bakers had to adjust their work to revolve around bread loaves that could bake quickly and evenly. Baguettes were found to be easy to slice and store, making them the perfect method for baking fresh loaves before the bakery doors opened for the day.

The French are notorious for their high standards where the culinary arts are concerned. They have strict requirements for what can be considered French bread and what cannot. French bread can only contain combinations of flour, yeast, salt and water to be considered as such. Most baguettes are about 2-3 feet in length and 3-5 inches in thickness. The famous decorative incision you see on French baguettes is called the grigne. French bread should be a deep golden brown on the outside, the sides should be firm to the touch, and when tapped on the bottom, you should hear a hollow sound. Outside of France, baguettes are made with many other types of flour. In Vietnamese cooking, bread or “banh mi” is made with rice flour, while North Americans make whole wheat, multigrain, and sourdough baguettes in addition to traditional French loaves.

How Can I Celebrate National French Bread Day?

First of all, mark your calendars for March 21st and celebrate that day by purchasing a baguette from your local shop, or by making some homemade loaves of your own. Gather some salted butter, homemade jam, and champagne, put on some French music and you’ll feel like you’ve been transported to Paris. Bon appetit!

If you own a bakery or specialty food store, be sure to decorate with the French joie de vivre in mind, and offer a special on French baguettes. And don’t forget to include special packaging. Check out the bakery bread bags from MrTakeOutBags.com. We offer styles with artisan motifs, as well as bags with windows to display your delicious baked good.

Although French bread was first made out of necessity rather than choice, this style of loaf is now enjoyed and loved by millions around the world. Don’t forget to break bread with your loved ones this March 21st!

mtob
How the Cupcake Trend Took Over America’s Tastebuds 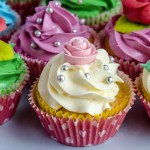 How the Cupcake Trend Took Over America’s Tastebuds 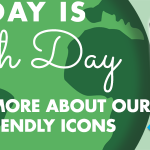